Rani's take on partition captured the hearts of thousands of viewers 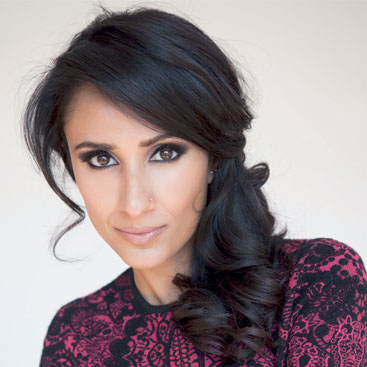 TELEVISION star Anita Rani has been on the radar of BBC audiences for some time now.

From her hosting skills for The One Show and Countryfile to her successful turn on Strictly Come Dancing in 2015, the Bradford-born radio and TV presenter is a familiar face.

However, it was her take on the partition of India which captured the hearts of thousands of viewers. She presented and co-produced BBC One’s two-part series My Family, Partition and Me: India 1947 in 2017 to mark the 70th an­niversary of the event.

Rani explored the human impact of the divi­sion of the country through the stories of four British families, including her own. Using first-hand testimonials from partition survivors, their children and grandchildren, the documentary retraced the dramatic journeys they were forced to make during partition.

Winning the Eastern Eye Editor’s Special Award at the Arts, Culture & Theatre Awards (ACTAs) for the documentary earlier this year, Rani emphasised how the history of partition should not be overlooked. “It’s such an impor­tant story to tell,” she told the GG2 Power List. “Very few people know about it. It was the end of the Empire, and no one talks about it.” On her reasons for making the show, she said: “It’s a way of involving not just the south Asian community but everyone in Britain in a reflection on the past and a conversation about what happened and where we are now.”

Rani’s heritage has been a focus in some of her work, even in some of her earliest journal­ist ventures. While studying broadcasting at the University of Leeds, the 40-year-old (she turns 41 in October) travelled to Mumbai in 2000 to make a documentary in her final year. “I happened to have an auntie [in Mumbai] and so I made contact with an actress, and my documentary was about women in the Indian film industry,” Rani revealed.

As part of the BBC’s Big British Asian Sum­mer season, Rani hosted Bollywood: The World’s Biggest Film Industry in August. The two-part documentary went behind the scenes in Mum­bai, home to film stars and where most of the Hindi-language films are shot and produced.

A self-confessed Bollywood superfan, Rani said the show was a chance for audiences who were not familiar with the industry to find out more. “If you’re going to make a programme about Bollywood for the BBC, you’ve got re­member the vast majority of people won’t know anything about it,” Rani said.

As well as her focus on her Asian roots, Rani has had other high-profile presenting gigs re­cently. Alongside Nick Grimshaw, she was one of the backstage hosts for the One Love Man­chester benefit concert last summer. She also co-presented the centrepiece of the BBC’s NHS at 70 season this June, with a live broadcast from Birmingham’s Queen Elizabeth Hospital.