Akram Khan is stepping back from solos to focus on choreography 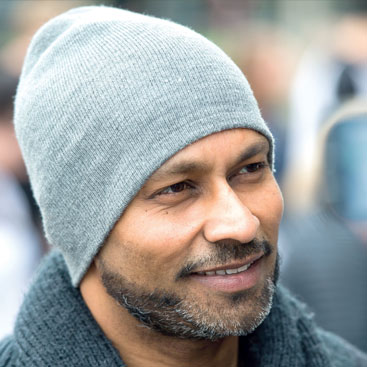 NOW 43, Akram Khan announced to the world that Xenos, his most recent work, would be pretty much his last-ever full-length work as a solo artist.

Conceived by the artist and commissioned by 14-18 Now – the body set up to commemo­rate the sacrifices made by millions in the Great War – Xenos garnered rave reviews and sold out everywhere it went.

Spectacular, grand, and deeply spiritual, it depicts a soldier, an ex-dancer, plucked from the fields of British India and sent to the trenches to fight for king and country in 1914. Nearly 1.5 million men from the subcontinent fought for the crown in the First World War, and around 75,000 are thought to have died.

Khan’s Xenos is dark and foreboding and goes against much of his previous work which has been usually upbeat, despite its complexi­ties and (intentional) ambiguities.

He is shifting the emphasis of his work to more choreography – his reworking of the classic ballet Giselle for the English National Ballet was a massive hit and was hailed by critics as quite possibly a masterpiece. At the National Dance Awards (NDA) of 2017, but presented only this year (2018), Khan won for the best classical choreography, a record seventh award for him across the years and in different cate­gories – quite the feat for the boy who thought he might make a living dancing in Michael Jackson videos.

Speaking to the BBC at the Edinburgh In­ternational Festival in August, and where he performed Xenos over two nights, he said he was tired not being a father – he has two children under the age of six.

“I felt inside it was time to retire from full length solos,” he told the BBC 5Live’s Nihal Artha­nayake. “I’m going to create a lot more now.”