Pakistan prevailed over England in dramatic fashion to conclude their Twenty20 international series, with Pakistan’s last-ball victory levelling the series at 1-1. England’s opening innings in the first match was cut short by that famous British weather, before the hosts sealed a five-wicket victory in a high-scoring affair at Old Trafford. Pakistan bounced back well to share the series’ spoils, with the two completed matches showing that both nations have plenty of reasons to be optimistic about their T20 fortunes going forward.

The competitiveness of the series is evident from the teams’ totals from the two matches that didn’t succumb to the weather; Pakistan scored 385 runs across their two innings, while England racked up 384. Those hungry for more opportunities to watch these two cricketing powers compete may have the chance in 2022, with the new England and Wales Cricket Board (ECB) chairman Ian Watmore keen for England to head on a tour to Pakistan.

Of course, the two could be going head-to-head in a T20 format much sooner, thanks to the upcoming Twenty20 World Cup in India. These nations are projected to perform strongly in India in 2021, with this short series providing ample information about the two sides ahead of the T20 World Cup.

An expectation of World Cup success

Nothing that we’ve seen in this admittedly short T20 series will change the perceptions of each nation’s chances of securing victory at the Twenty20 World Cup in India. Just over a year ahead of the tournament, England and Pakistan both look well-placed to challenge for the prestigious T20 trophy.

That much is evident from the sportsbook odds at ComeOn!, which is ranked as one of the leading online gambling sites in India. As of September 2nd, ComeOn!’s outright betting for the World Cup features England as the second favourites with odds of 4.00, while Pakistan are at a slightly longer price of 7.00. This tied series is proof that England and Pakistan are right to be considered contenders alongside India and Australia.

These matches highlighted the depth of English talent, with impressive totals of 199 and 185 achieved despite having many regular T20 stars watching from home. As for their opponents, Pakistan boast the world’s best T20 batsman in Babar Azam. He looked in good nick in England, while the emergence of Haider Ali will also fuel high expectations for Pakistan.

A wealth of  reliable batting options

All of England’s top five batters picked up a score of 40 or higher across their three innings. Skipper Eoin Morgan’s thrilling 66 from 33 balls in England’s victory was the pick of the knocks, while Moeen Ali silenced doubters with a barnstorming 61 that almost carried England to the win in the final match.

Pakistan’s two sessions at the crease yielded fifties for three different players: the irrepressible Babar Azam, the veteran Mohammad Hafeez, and the rising star Haider Ali. The 39-year-old Hafeez was the standout batsman of the series, smashing 69 and an unbeaten 86 in his two outings. Hafeez will be looking to India for a swansong to a sterling career, while Azam will head there at the peak of his powers.

England omitted all players involved in the Test series against Pakistan from the T20 squad, but ODI World Cup heroes Ben Stokes and Jos Buttler will surely feature at the Twenty20 equivalent. Joe Root will also be hopeful that he is given a further chance to prove his T20 credentials, but those selected against Pakistan did no harm to their case for selection. Settling on a batting line-up for the World Cup will be a fascinating challenge for England.

As for Pakistan, it is the emergence of Haider Ali that will be the biggest talking point in the year leading up to the World Cup. Ali didn’t look like a nervous 19-year-old debutant as he hit an assured 54 from 33 balls. Smashing a six from your second ball in international cricket wasn’t a bad introduction either, with this exciting talent set to become an integral part of Pakistan’s hopes at the T20 World Cup.

This series was perhaps less illuminating about each side’s bowling options, given how the surface favoured batters. England didn’t shine with the ball, but Jofra Archer and Mark Wood will have taken over as the main pace options by the time the World Cup rolls around. Pakistan’s pace prodigy Naseem Shah didn’t appear in this T20 series, but Shaheen Afridi, Haris Rauf, and Wahab Riaz all enjoyed good spells.

The main thing that both nations will take away from this series is that they are very much on the right track in terms of preparations for the Twenty20 World Cup. While hosts India will naturally be favourites, England and Pakistan have proven that they have extensive pools of talent to call upon. As this high-scoring series demonstrated, that talent runs particularly deep in the batting department.

Uncategorized
How You Can Improve Your Ecommerce Business in 2020 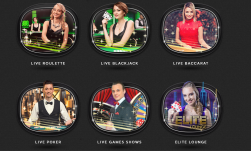 Uncategorized
Why Graphics Are So Important For Online Slots