Contrary to popular belief, busy city centres beat suburban living when it comes to human wellbeing, as socialising and walking make for happier, healthier people, according to a new report.

Downtown residents – packed together in tight terraces or apartment blocks – are more active and socially engaged than people who live in the sprawl of suburbia, according to a report that aims to challenge popular beliefs about city life.

Its authors said their findings should encourage politicians to promote the benefits of built-up city living.

“If we can convince policy makers that this is a public health opportunity, we can build well-designed communities and in the long term, you have made a big difference in health outcomes,” its co-author Chinmoy Sarkar said.

“With evidence, we can plan multi-functional, attractive neighbourhoods that promote physical activity, promote social interaction, and shield from negatives such as pollution and feeling unsafe.”

The study by Oxford University and the University of Hong Kong (UHK) showed that in 22 British cities, people living in built-up residential areas had lower levels of obesity and exercised more than residents in scattered, suburban homes.

“As cities get more and more compact, they become more walkable. In denser residential areas, they are better designed and more attractive destinations. We are less dependent on our cars and use public transport more,” he said.

Sarkar, assistant professor at UHK, said policies and planning needed to catch up with the data, rather than relying on urban myths about what makes cities work.

The study showed that areas of suburban sprawl with about 18 homes per hectare – such as poorly designed neighbourhoods near motorways, where driving is the only option – had the greatest rates of obesity and lowest rates of exercise.

Suburban areas with few homes – often privileged communities with big gardens and open spaces – were healthier than this, but lagged behind the most densely populated areas in inner cities.

The study compared more than 400,000 residents of cities including London, Glasgow and Cardiff and found the best health came in areas with more than 32 homes per hectare, the average density for new building in Britain.

This level, typical of developments of standalone semi-detached suburban houses, is less than a quarter of the density of Georgian terraces of London’s desirable Islington and Notting Hill.

Sarkar called into question British polices such as laws to restrict suburban houses from dividing their plots and filling in more homes in gardens, which have sought to preserve suburbia’s open and emptier spaces.

In January, the government announced it would build 17 new towns and villages across the countryside in a bid to ease a chronic housing shortage. But Sarkar said policy makers should think again before building on green fields.

Despite spiralling house prices and government targets to build a million homes by 2020, Britain’s restrictive planning system has prevented high-density, urban development due to fears that it would lead to high-rise, low-quality blocks of flats, according to a government paper released in February.

London remains one of Europe’s most sparsely populated major cities, with less than half the density of Madrid, Barcelona and Paris, and below Milan, Berlin and Rome.

The paper urged local authorities to reverse their long-standing opposition to built up residential areas by highlighting London’s mansion blocks and terraced streets, all of which encourage a strong sense of neighbourhood. (Thomson Reuters Foundation) 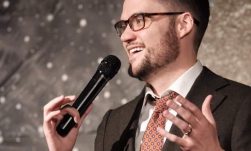