Game of Thrones actress Amrita Acharia on success and karma

Amrita Acharia’s international career reflects her upbringing, having appeared on Norwegian, American and British projects, including HBO’s Game of Thrones and ITV’s The Good Karma Hospital. Along with building a successful acting career, she also speaks five languages.

When did you first get the acting bug?

Probably from having an overactive imagination as a kid and never quite losing it. I started to understand my passion for it through theatre studies at my high school in Norway. I had the most amazing tutor and was in a class full of talented and driven individuals – so there was a lot to feed off.

How did you feel landing a role in Game Of Thrones?

It’s always a buzz to get a great gig like that – as an actor I want to be constantly working and sinking my teeth into a new script. I felt very lucky to have that launchpad early on in my career.

You were there at the beginning of the series. Did you ever imagine it would become such a worldwide success?

I didn’t have a clue at the start, to be honest. I had a friend who was massively into the books and I loved reading them, so mainly I was just excited to be part of something that epic.

Then it blew up – so that was pretty awesome. I’m not surprised it is such a huge success because it ticks so many boxes. It is escapism at its best.

What are your fondest memories of the show?

The cast and being in amazing locations for the shoot… and the dragons.

What has the experience of acting in The Good Karma Hospital been like?

It’s been absolutely brilliant, I loved being out in Sri Lanka and enjoyed Ruby as a character. It felt like an ensemble filming out there for three months; everyone was so invested so it was a joy to go to work every morning.

What was the biggest challenge of acting in the series?

Learning to ride the Royal Enfield was a challenge that I loved. The biggest challenges were getting the medical aspects of the show down. Although shows undeniably execute artistic licence, being a doctor’s daughter, I wanted to understand and get it as right as possible.

Why do you think that it has been so well received?

The Good Karma Hospital is more than just a medical show – it doesn’t shy away from reality and is very character driven, so people both relate to and invest in the characters.

They are all flawed and all face life the same way anyone else does – it just happens to be in India, which isn’t shabby viewing on grey winter nights.

Can you share a behind the scenes story from the show?

I had an allergic reaction to caterpillars and for most of the final bar scene, I was scratching between takes.

Did you learn anything new while working on the show?

A lot of medical jargon that I try to impress my dad with.

Do you believe in karma?

I believe what goes around comes around.

I would love to play a villain. On a motorbike. Maybe with a mask. I love a character different to me; I find flawed characters that are misunderstood interesting to take on. I like outsiders.

Why do you love acting?

Because nothing beats the feeling of walking on set or on stage and telling stories that will reach out to people you will probably never meet. 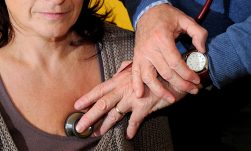 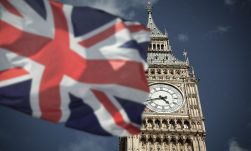 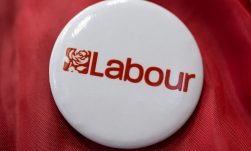 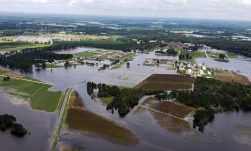