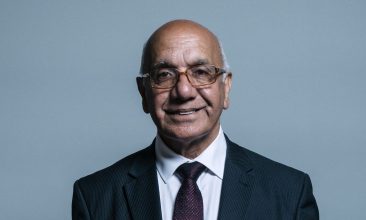 WELCOMING the Lawn Tennis Association’s drive to support local authorities grow tennis participation in local parks, Labour MP Virendra Sharma has urged “everyone to pick up their rackets and book a court”. He underscored that the plan came amid huge demand for tennis courts across his constituency, Ealing Southall, which was facing a financial crunch. […] 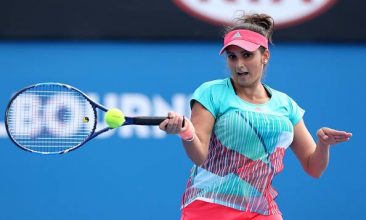 Path-breaking tennis ace Sania Mirza takes pride in the fact that many of India’s sporting stars, outside cricket, are women. But she believes that it will take a few more generations before being a sportswoman is seen as a natural career choice in the country. The winner of six Grand Slam titles, spoke on a […] 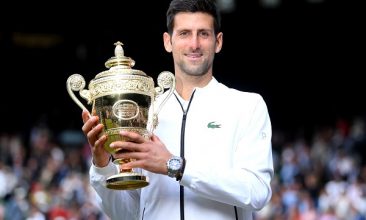 Wimbledon chiefs on Wednesday (1) cancelled the Grand Slam tournament for the first time since World War II as the coronavirus wreaks further havoc on the global sporting calendar. “It is with great regret that the main board of the All England Club (AELTC) and the committee of management of the Championships have today decided […] 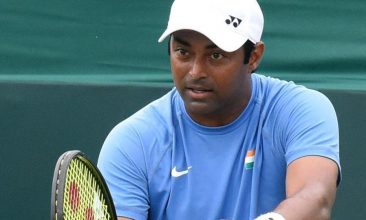 India’s Leander Paes went down fighting as his dream of crowning his 30-year Davis Cup career with a place at the finals ended Saturday while Ecuador and Italy reached the November showpiece, triumphing in empty arenas locked down because of the coronavirus crisis. Paes, 46, has played for India in every Davis Cup season bar […] 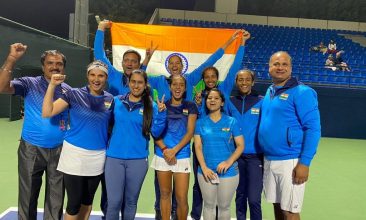 THE Indian women’s tennis team created history on Saturday (7) by progressing to the Fed Cup World Group play-offs for the first time ever, with Ankita Raina leading the side to a 2-1 win over Indonesia at the Asia-Oceania Group 1 tournament held in Dubai. Ankita pulled off a crucial singles win against talented Aldila […] 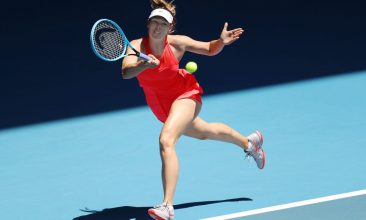 Russian tennis player and five-time Grand Slam winner Maria Sharapova has announced her retirement on Wednesday at the age of 32. “In giving my life to tennis, tennis gave me a life. I’ll miss it everyday,” she wrote in Vanity Fair. Maria Sharapova is leaving tennis. In an exclusive essay for Vanity Fair and Vogue, […] 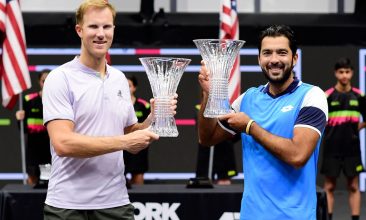 DOMINIC INGLOT and AISAM-ul-HAQ QURESHI became a smash hit at the New York Open, clinching the doubles title on Sunday (16), with a tight 7-6(5), 7-6(6) win over the American pair of Steve Johnson add Reilly Opelka. This is the British-Pakistani duo’s first ATP Tour doubles title. They started playing at the start of this […]

Leander Paes says creating champions is a dream he is nurturing for his second innings just like inspirational Rahul Dravid and Pullela Gopichand have done. Set to retire after the 2020 season, Paes said national badminton coach Gopichand and Dravid, who mentors the U19 and India A sides, have set a benchmark in coaching. Gopichand […] 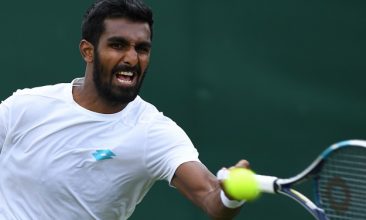 By Ronnie Ruff PRAJNESH GUNNESWARAN admitted he “could not get control of his mind” as his Grand Slam woes continued at the Australian Open on Tuesday (21). The Indian star, 30, failed to win a set at a major for the fifth consecutive occasion, crashing to Japanese wildcard Tatsumo Ito 4-6, 2-6, 5-7 in […] 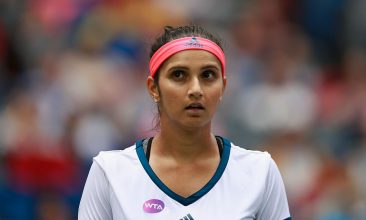 India’s Sania Mirza said her baby had his own “entourage” and was waking her up at night as she heads into her first Grand Slam tournament as a mother at the Australian Open. Mirza, who will play doubles with Ukraine’s Nadiia Kichenok — fresh from winning in Hobart together — said life on tour was […]