BRITAIN’S vaccines minister on Saturday (27) said that people over the age of 70 could start receiving the Covid booster shots from September, to protect them from new variants of the virus.

Nadhim Zahawi told the Daily Telegraph that the first batch of doses of the booster jabs would go to the over-70s, health and social care staff and clinically vulnerable.

More than 29 million of people in the UK have had taken the first dose of a vaccine, with more than three million of them having had a second dose. Moreover, scientists are working to develop booster doses to protect against the virus variants.

Zahawi told the Daily Telegraph that the government in the coming months would make things convenient like drive-through vaccination centres to increase the uptake where there is hesitancy among people.

“We did some fantastic pilots of drive-in jabs that went really well. And again, as we go down the cohorts in the current deployment you’re going to see more of that.

“It’s a great way as you do the under-50s, the under-40s, under-30s. Convenience becomes a much greater tool to deploy because you want to make sure for those people, where we think there may be greater hesitancy, we make it as convenient as we can make it.”

Despite warnings of vaccine supplies falling in the UK in April, government says all the adults will still be able to get a first jab by the end of July.

The unveiling of the booster plan in Britain comes amid concern of third wave in mainland Europe, where the vaccine rollout has been slow.

Zahawi also said that the government is hoping to have at least eight vaccines available by the autumn, including the ones that protect people against three variants of the virus. 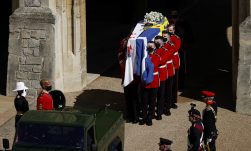 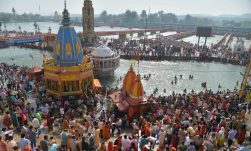 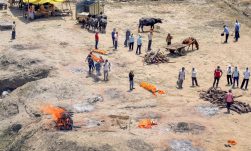