It is not hard to see the appeal of online slots games. They are fast paced, fun and can deliver some huge progressive jackpot prizes.

Alongside online poker, slots are one of the most popular games to play on online casinos. In the United Kingdom, online casino games now bring in around £3.2 billion each year, with much of this yield coming from online slot games.

This figure is increasing year on year as even more players enjoy the convenience and amount of options that there are in games to play from the comfort of their sofas at home.

There are a huge range of slot games available online to play through operators such as Megaways Slots, and each game has its own exciting theme, special features and bonuses.

Whether it is a few pounds or a few thousand pounds, winning slot games is a thrilling experience. For a few lucky people, playing these games has resulted in unexpectedly winning life changing amounts of money.

Here are just a few of the biggest and most surprising slots wins in history:

In December 2016, a man named Wellzyc from the United Kingdom won around £6.2 million on Mega Fortune at BGO casino. The gentleman was new to playing slots and so he was confused at first by the flashing lights and graphics indicating that he had won.

What is even more impressive is that this win came from just a £1.25 stake. Such a big prize gave Wellzyc a Christmas to remember. The player decided to take his family to Disneyland in celebration as well as making other investments for their future.

In November 2018, a slots player from Sweden took home €7.8 million after winning the jackpot in a game of Joker Millions slots on the LeoVegas mobile platform. Joker Million is a game developed by the small company Yggdrasil Gaming, which was founded in 2013, and the game had only been around for three years at that point.

Yggdrasil Gaming slots games are well known for their unique bonus features and this win was by far their biggest jackpot prize that year. This win came from a tiny 50 cents bet.

Although the player did not disclose what they would be spending their millions on, for this amount of money you could treat yourself to an early retirement, luxury holidays, property and whatever else you dreamt of.

This next win is one of the best known online slots wins in history. Jon Heywood, a soldier from the United Kingdom, won over £13 million when playing a game on Mega Moolah from a tiny 25p bet in 2015.

As one of the largest wins ever, Heywood made it into the Guinness Book of World Records that year and received media attention for all around the world.

The 26 year old man from Cheshire, England, was so shocked by his huge win that he did not tell anyone and carried on going to work as normal for a few days before sharing the good news.

The win could not have come at a better time for the young soldier, given that his father was ill and in need of a heart and lung transplant. Heywood shared that he would use the money to ensure his father got the best private medical treatment that money could buy.

He also said that he was not one for expensive material possessions and expensive cars and would be keeping hold of his humble Fiat Punto. Jon also decided to treat his family to luxury Mediterranean cruise.

This heart-warming story goes to show how big slots wins have enabled players to help out those in need, treat their loved ones and improve their quality of life.

While this was the biggest online casino win at the time, it has since been beaten by another UK record of £17 million won on another online casino site.

Our last lucky jackpot winner is an online player based in Australia who won a huge $10.8 million Australian dollars. The winner decided to stay anonymous in order to protect their identity.

The Dark Knight slot game is just one example of the fun themes that slot games are often based on. Many are created from popular movies, television shows and other things in popular culture.

Unfortunately, soon after this player’s big win the Batman themed game was removed from online casinos due to ongoing licencing issues.

The unknown jackpot winner did not disclose what they would be spending the money on, but with such a huge amount there really are endless possibilities.

Uncategorized
Saving for Your Dream Vacation 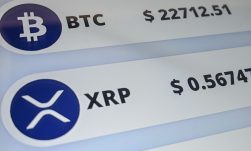 Uncategorized
Where Will Linear Actuator Technology Be Most Useful