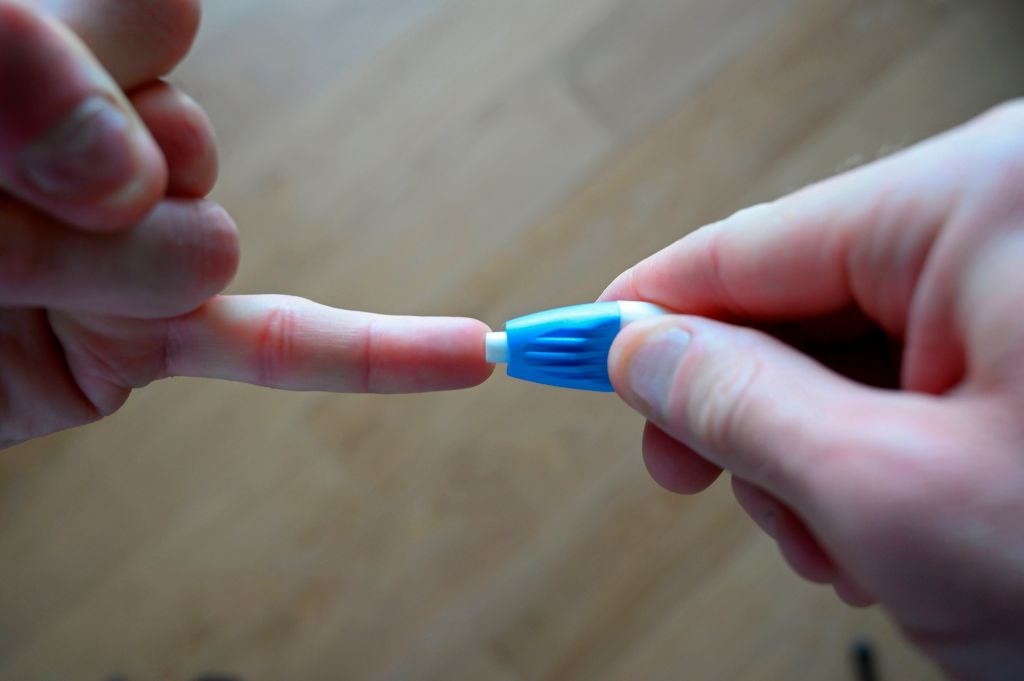 FILE PHOTO: A man uses a lancet to prick the tip of his finger to provide blood as he uses an IgG Antibody Test Kit which identifies Immunoglobulin G antibodies related to SARS-CoV-2, the virus that causes COVID-19, in London on May 28. (Photo: JUSTIN TALLIS/AFP via Getty Images)

According to the findings,  published by The Imperial College London on Thursday (13) people from Black (17 per cet), Asian (12 per cent) and other (12 per cent) had higher rates of infection than white (5 per cent) ethnicity.

The programme found out that people living in most deprived areas had higher antibody levels (7 per cent) than those in the wealthiest areas (5 per cent). Also, people living in households of more than 6 or 7 people (12-13 per cent) were more likely to have had the virus compared to those living alone or with one other (5 per cent)

The study also found out that six per cent of the population in England, around 3.4 million people, have already been infected by Covid-19 by 13 July 2020.

For the study, over 100,000 volunteers tested themselves at home using a finger prick test between 20 June and 13 July.

The study showed high rates of Covid-19 infection with people-facing jobs in care homes (16 per cent) and health care (12 per cent), compared to five per cent of people who were not key workers.

The study tracked the spread of infection across England following the first peak of the pandemic.

In London, 13 per cent of people had antibodies while in the south west of England it was less than 3 per cent.Those aged 18 – 34 were most likely to have antibodies (8 per cent) with the lowest prevalence in those over 65 (3 per cent), the study said.

Almost everyone with the confirmed infection was found to have antibodies (96 per cent).

It is the first mass antibody surveillance study to be rolled out across the country using a finger prick test that can be used by individuals at home if given approval in the future.

“Large scale antibody surveillance studies are crucial to helping us understand how the virus has spread across the country and whether there are specific groups who are more vulnerable, as we continue our work to drive down the spread of the disease,” said health minister Edward Argar.

“The British public have already played a massive part in helping to keep the country safe and I’d urge them to consider signing up to one of the many vital surveillance studies taking place over the coming months as part of our national testing effort.”

In London, 13 per cent of people had antibodies while in the south west of England it was less than 3 per cent.Those aged 18 – 34 were most likely to have antibodies (8 per cent) with the lowest prevalence in those over 65 (3 per cent), the study said.

Almost everyone with the confirmed infection was found to have antibodies (96 per cent).

“People who smoked were less likely to have antibodies than non-smokers, and 32 per cent of people reported no symptoms, and this was more common in people over 65 (49 per cent),” it said.

This surveillance study will be repeated in autumn and will test a further 200,000 people for antibodies.

Professor Graham Cooke, NIHR Research professor of infectious diseases and research lead at Imperial, said:“Using the finger-prick tests suitable for large scale home testing has given us clearest insight yet into the spread of the virus in the country and who has been at greatest risk.

“These data will have important implications as decisions to ease lockdown restrictions in England.”

Professor Helen Ward, lead author for the study of population prevalence, said: “The Covid-19 infection has fallen particularly heavily on ethnic minority groups and key workers, particularly in care homes and healthcare. Those in deprived and densely populated areas are most likely to have been exposed to the virus, and we need to do far more to protect people from any future waves of infection.”

Kelly Beaver, managing director – public affairs, Ipsos MORI said: “The thorough and rigorous work carried out by Imperial College London has allowed us to find a robust at home finger prick test for Covid-19 antibodies. This is the springboard for developing a far greater understanding of Covid-19 antibodies and how prevalent they are in the population through our large-scale antibody study, conducted with over 100,000 members of the public.” 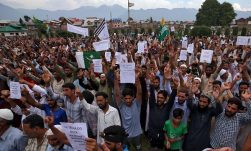 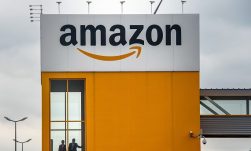 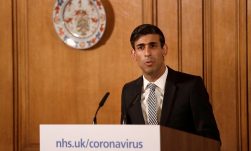 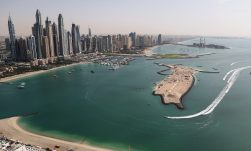 Business
Relations between India and UAE are 'at their best ever': Modi 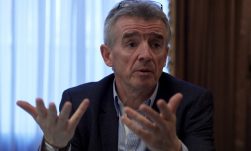