Chetan Bhagat’s Half Girlfriend featuring Arjun Kapoor and Shraddha Kapoor in the lead roles. There was a lot of same old things but the chemistry was clearly missing. The film was a flop and many described the pair as a pain to watch them on the screen.  Like the film, the couple is a confused mess.

Behen Hogi Teri featuring Rajkumar Rao and Shruti Hassan in the lead roles. The romance of the lead pair seems to be non-existent and even the comedy quite don’t match the expectations. Rao is an extremely talented actor but it is unfair to expect that pairing him with anyone will work.

Gurmeet Choudhary is a good actor and marked his entry into Bollywood with his debut film Khamoshiyan. But one needs to be careful when selecting a film as luck might not favour you all the time. And this is what happened with his second film Laali Ki Shaadi Mein Laddoo Deewana. In the film he is being seen playing the role of a Prince, every girl would dream to marry. But in real life, Gurmeet Choudhary and Akshara Haasan’s pair is a perfect disaster.

The lead pair of the Sweetiee Weds NRI is Himansh Kohli and Zoya Afroz. The plot of the movie is a rich businessman wants his daughter to get married to an NRI. The problem is she loves another guy who she is sure her father won’t approve of. Both the character was out of place and the couple deserves a big No.

It’s been years that Abbas-Mustan style that has ruled the suspense-thriller genre in Bollywood. But they failed miserably when they launch Abbas’s son Mustafa Burmawalla. Not only this, Machine might be the worst film of their filmography. Just like the movie, the pairing was also a flop. 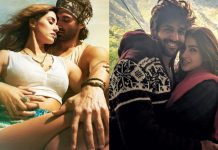